Yesterday Paul got his first Pfizer vaccine, and went to bed feeling completely fine, except for a stiff arm. He said most of the people getting their first shots were young adults, which was really good news. I get my second shot next Tuesday, Tom also gets his second next week, and Paul will get his second in early May. So by mid-May we will be a vaccinated household! We are actually toying with buying tickets to a Sea Dogs game . . . I mean, just imagine: outside, on a summer evening, in a baseball stadium. Such a delicious dream.

For dinner last night I made bean enchiladas, and they baked up so beautifully that I had to take their picture. Is there anything more tempting than melted cheese? 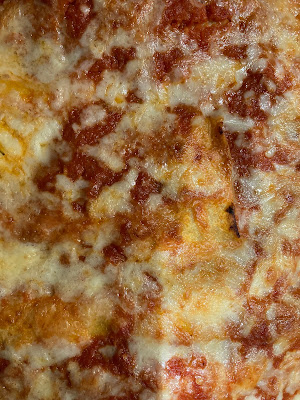 This morning: a thrilling drive to the vet so the cat can get his distemper shot, then back to the editing desk. I'm still reading the Wilson translation of the Odyssey, and now I'm also rereading Charlotte Bronte's Shirley, both of which I brought along to the clinic yesterday, so that I'd have something to do while waiting for Paul.

As we were headed out the door, Paul looked at me, rolled his eyes, and said, "Two books for a half-hour wait. Classic."

Me: But I won't know which one I'm in the mood for till I get there!