I slept really well last night--so well that I was shocked when the alarm went off: I was sure it was still 3 a.m. But I woke up without body aches or grouchy malaise, so whatever my little under-the-weather moment was, it seems to have vanished for Monday morning.

Today: I'll get through my 8 a.m. abs class, and then I'll turn to poems--either scratching out new drafts or messing around with the Blood ms--until Paul gets up. That's pretty much my schedule for the week. Two editing projects are scheduled to appear in mid-March, and I know I'll have some class planning stuff to do, either later this week or into next week. But for a few days I'm going to take myself on a mock writing retreat.

Tom spent the weekend installing new lights and switches all around the cellar, so now we can actually see what we're doing when we're down there, plus we can turn the bulbs off and on via conveniently placed switches instead of groping around in the dark to find the teeny little chain pulls. It all seems very modern. Till now, the basement was the most 1948-ish feeling place in the house--low-ceilinged, rough-floored, unfinished, with a scent of grandmothers rising from the stairs. Over the years it's had some terrible "renovations": broken windows replaced with blocks of daylight-killing insulation, some kind of wretched spray foam deforming the walls, and a web of ridiculous amateur electrification mixed up with loops of now-useless landline and cable wires. So Tom has slowly been sorting through all of that. We do not want a finished, extra-living-room type of basement. What we want is a useful working-family's cellar, with dedicated space for laundry and clotheslines, a workshop, canning and storage shelves, and winter firewood piles. But as with everything in the Alcott House, space is at a premium, and Tom's new shop is beginning to resemble a boat, with each bit of wall and floor space tidily planned out for use.

By the way, we did end up cooking outside last night. Tom made a fire on top of the snow in the fire pit, and while it was burning down to cooking coals we had a melodramatic sword fight with some giant icicles and admired the half-moon shining down through the trees. It was perfect, really: we were outside just long enough for fun, and the tuna steaks took almost no time to cook. I served them with Yorkshire pudding and a caramelized fennel salad, and it was a wonderful meal--beautiful on the plate and smoky-delicious to eat. I hope we have another fire pit night soon.

'... a scent of grandmothers rising from the stairs' - brilliant 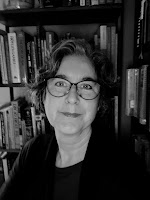