Tu Fu readers: I know that several of you are heading back to school this week, so let me know if you want to put this project on hiatus. If I don't hear otherwise, I'll assume that you've found time to read the next ten poems, XIII through XXIII.

The weather continues to be moldy and sticky and lowering and dank. I am driving back and forth, back and forth, back and forth to Dover-Foxcroft; picking wet vegetables between the downpours; editing manuscripts; cooking for insatiable appetites; trying to read books but spending too much time on crossword puzzles; tossing and turning between hot sheets in a hot bedroom with a loud fan.

"Malibu tends to astonish and disappoint those who have never before seen it, and yet its very name remains, in the imagination of people all over the world, a kind of shorthand for the easy life. I had not before 1971 and will probably not again live in a place with a Chevrolet named after it." --Joan Didion, "Quiet Days in Malibu"

I wonder why my sons aren't bored out of their skulls in this town, and they probably are, in fact I know they are, because they tell me they are; yet their smiles are cheerful, and they are always busy-- ferreting away among their toils and devices, bouncing into the kitchen to cook eggs, yodeling up the stairs at me, poking the cat. They undertake annoying tasks without prompting--for instance, picking Japanese beetles off the grapevines. They listen to Pet Sounds three times in a row because they're thinking of writing a play about Dennis Wilson. They take lavish interest in each other's jokes.

My son brings me my straw hat
And I go out and gather
A handful of fresh vegetables.
It isn't much to offer,
But it is given in friendship. 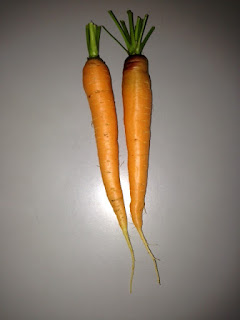