Question 1: Is this statement true? It's from John Fowles's novel Daniel Martin, and the speaker is a playwright and screenwriter who is smart but doesn't necessarily see himself clearly.


You create out of what you lack. Not what you have.


Question 2: Did you have a better dream last night than I did? Because mine was pretty great.


I am an actor in a comical costume drama set in 17th-century Holland. In my dream I'm aware of playing a part but also thinking about my responsibilities as an actor playing a part. One of the things I have to do is to invent an idea for a painting that will feature in the drama. This is the title of the painting that I invented: Still Life with Hairpiece and Cheese.

Question 3: Would you like to see a photograph of a very cute turnip harvested from my garden yesterday? It's about 2 inches in diameter. Who knew that turnips could be so charming? 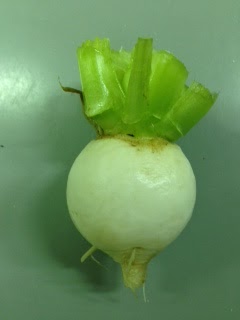 "You create..." statement reminds me of a quote from an author whose name escapes me, something to do with if you don't see a book on a shelf that you want to read, write it. I'm not sure the two ideas (creating from lack, creating from what you have) are mutually exclusive; one must have something in order to create something new. I think it's a form of synthesis?

Hairpiece with Cheese. Sorry (not sorry?) all I can think of is Trump with a wedge of cheddar. Trump l'Oeil? (ew, pun)

And I love your turnip. It is undoubtedly cute. And, as veggies go, quite spherical.

Have a super day!

My book of poems arrived today. I'll be ready when wea are all collected.

Pun, Carlene? yes a groaner, but funny as a pun should be.

Lately there ahve been too many people in my dreams. They have been crowding me out and I have no place to be.

The Adelaide Clemens of turnips. But Carlene's Trump pun...uh, trumps. "Still life with hairpiece, cheese and root vegetable"--Breughel, if thou wert living at this hour...