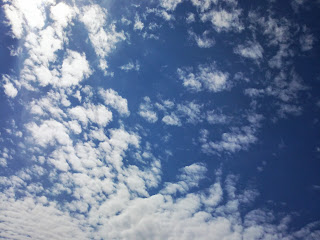 The weekend was packed with nonliterary activities: a soccer game, a band gig, several canner-loads of tomatoes and peppers, and the concomitant floor and clothes washing that accompanied it all. I thought of writing to you yesterday, and then thought better of it. The truth is: I dislike scalding and peeling tomatoes. It's a hot, slimy process, involving tomato gore splattered over self and surfaces. I do, however, adore jars of home-canned tomatoes on the shelf. So I decided I was better off driving myself into duty rather than complaining about it to you. After all, canning is my own damn fault. Let me reveal another secret: I also dislike kneading bread, yet I make bread at least twice a week. Thus is a life composed. 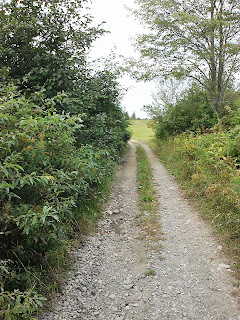 I love the photo of the clouds...they look like ostrich ferns...