Yesterday's post was terrible to write and also, most likely, a failure of expression. It is so hard for me to describe my experience of doing something very well without the need for study or instruction. The greatest burden is my attempt to simultaneously transmit the sensation itself, a meta-awareness of that sensation, and an honest acknowledgment of the porous boundary between vainglory and confidence.

You might suggest that such difficulties exemplify the continuing power of Puritanism. More cynically, you might detect a scent of Uriah Heep in the way in which I squirm away from my own declarations. In either case, the difficulties remain.

And a fact remains: a person who is naturally good at a particular skill isn't necessarily good at putting that skill to more complex use. I may not have to wrestle with the sound aspect of poetry, but I struggle endlessly (for instance) with negative capability--Keats's term for the way in which a poet learns to stand outside herself as she writes . . . her ability to write a poem that is both intimate and universal. Every poem I write is another trial at figuring this out; and like most experiments, nearly every attempt fails.

How does one avoid reducing a draft to an anecdote while creating a persona and a voice that are vulnerable and accessible? How does one grapple with ambiguities and conundrums--with, say, unanswerable questions about God and myth and the linked torments and ecstasies of men and women--without sounding like a pedant or a peeping Tom?

My one small constant: I can hear the sound of a poem before it exists. But I can't weave a tapestry with a single bright thread, and the rest of my threads are filled with knots. 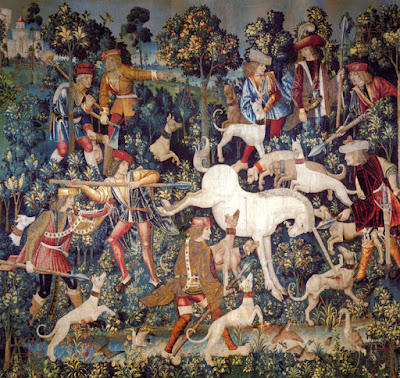